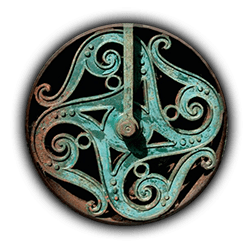 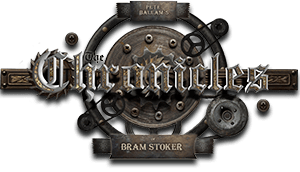 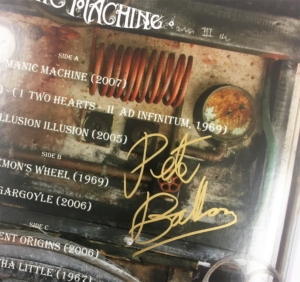 SONGS FROM THE BRAM STOKER ARCHIVES

Recorded and Produced by Gareth Young at Cube Recording, Cornwall. 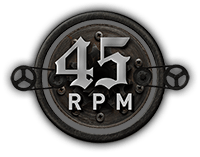 A FREE CD copy of the album comes with every purchase

The late Pete Ballam’s double album “Manic Machine” a demonstration of the maestro’s ability to create imaginative lyrics, a driving unforgettable riff, his own unique flavour of chord sequences, sound effects and syncopated timing; – altogether producing a modern take on the raw creative magic of the 70s.

This breathtakingly extraordinary, collection of songs (each with their own unique story) has, at last, been released from the Bram Stoker archives.

Signed Edition: Only 50 ever signed! Back Cover signed by Pete Ballam. PLEASE NOTE: Signatures may vary from cover to cover

MOLE (1970)
This song (based on actual events) is about a British clairvoyant that worked for MI5, during WW2, and his mission was to hack, through the ether, into Hitler’s own psychic team.

AGATHA LITTLE (1967)
A little Victorian girl is playing in a beautiful churchyard but she is wondering why no-one will speak to her. Agatha doesn’t realise that she is a ghost until the Wraithling appears – a mischievous spirit, that keeps her company, until, he too drifts away.

ANCIENT ORIGINS (2006) –( I PANGEA – II NEOLITHIA – III ANCIIENT ORIGINS)
The beginning and end of the world as foretold in the Mayan prophesy. This is written in three sections and describes the evolutionary story of the human race.

DEMON’S WHEEL (1969)
Bram Stoker’s original manager was Vince Silver, an interesting character, that got the band supporting The Who, back in the day. He became the manager of a casino and the song is about the crazy addiction involved in gambling.

GARGOYLE (2006)
A meteor crashed to earth in Russia and a local witch carved a gargoyle from one of the pieces, transforming it, beyond her expectations, into a votive object with supernatural powers.

MANIC MACHINE (2007)
This song describes how we are losing our humanity to computers.

LUNACILLIUS MAXIMUS (2004)
Set during the time that Christianity was taking over from the old Gods, this is a story about a junior God’s assignment that goes wrong. His intention is to embody a Roman Senator, in order to exert his influence, but finds himself trapped in a statue instead. The people of Rome worship him and ask him for favours, until they discover his ruse. A chisel is aimed, strategically, to break open the statue, and when his spirit is released, the god finds himself unceremoniously dismissed.

COLLUSION ILLUSION (2005)
Written, at the time, about the war in Iraq and, generally, about the delusional politics and financial corruption that none of us, to this day, seem to be able to escape from. 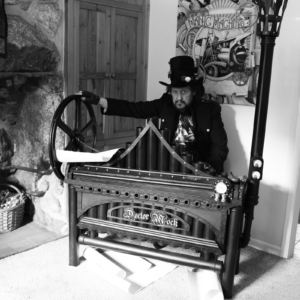